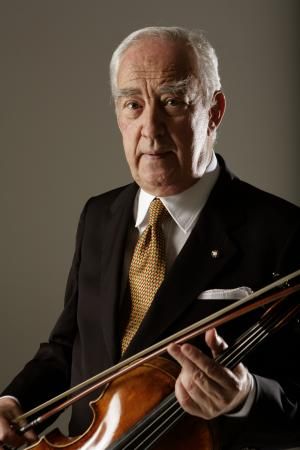 Bruno Giuranna, the distinguished Italian violist and conductor, was born in Milan into a family of musicians and completed his musical studies in Rome. He was a founding member of the celebrated I Musici and performed extensively in the legendary Trio Italiano d’Archi. He began his solo career under the baton of Herbert von Karajan in its world premiere of Giorgio Federico Ghedini’s Musica da Concerto per Viola e Orchestra, a work composed especially for Giuranna. Since that time, he has played with the world’s leading orchestras including the Berlin Philharmonic, the Concertgebouw in Amsterdam, and La Scala Orchestra in Milan under such illustrious conductors as Claudio Abbado, Sir John Barbirolli, Sergiu Celibidache, Carlo Maria Giulini and Riccardo Muti.

His extensive list of recordings for Phillips, Deutsche Grammophon and EMI include editions of Mozart’s Sinfonia Concertante with Franco Gulli, Henryk Szeryng and Anne-Sophie Mutter, the complete set of concertos for viola d’amore by Vivaldi and Mozart’s piano quartets with the Beaux Arts Trio. In 1990, the recording of Beethoven’s String Trios with Anne-Sophie Mutter, Bruno Giuranna and Mstislav Rostropovich won a Grammy nomination. As conductor, Giuranna has won the Grand Prix du Disque de l’Academie Charles Cros in Paris for the recording of Boccherini’s cello concertos with David Geringas as soloist. His latest recording of Mozart’s Sinfonia Concertante was performed with Anne-Sophie Mutter and the Academy of St. Martin in the Fields conducted by Sir Neville Marriner.

Giuranna held the post of chair of viola at the Hochschule der Kunste in Berlin until 1998 and has taught at the Musik-Academie in Detmold, the Santa Cecilia Conservatory in Rome, the Royal College and Royal Academy in London, and has given master classes worldwide. Frequently invited to the Marlboro Festival in the USA, he currently teaches at the Fondazione Stauffer in Cremona and at the Accademia Chigiana in Siena. From 1983 to 1992 he was the artistic director of the Orchestra da Camera di Padova e il Veneto and in 1998 he presided over the First International Bruno Giuranna Viola Competition in Brazil.

Profoundly convinced of the importance of “playing together” as a unique and irreplaceable practice in the development of the musical personality, he has dedicated himself to the creation of chamber music projects where he plays alongside young musicians. In 1987, he was decorated by the Italian president with the title of Cavaliere di Gran Croce al Merito. He also received the D. Litt., honoris causa, from the University of Limerick in 2002. In 2011, after having presided over the Italian branch of ESTA (European String Teachers Association), he was elected European president.

His viola parts and his transcription for string trio of the Bach Goldberg Variations are freely downloadable at www.giuranna.it. 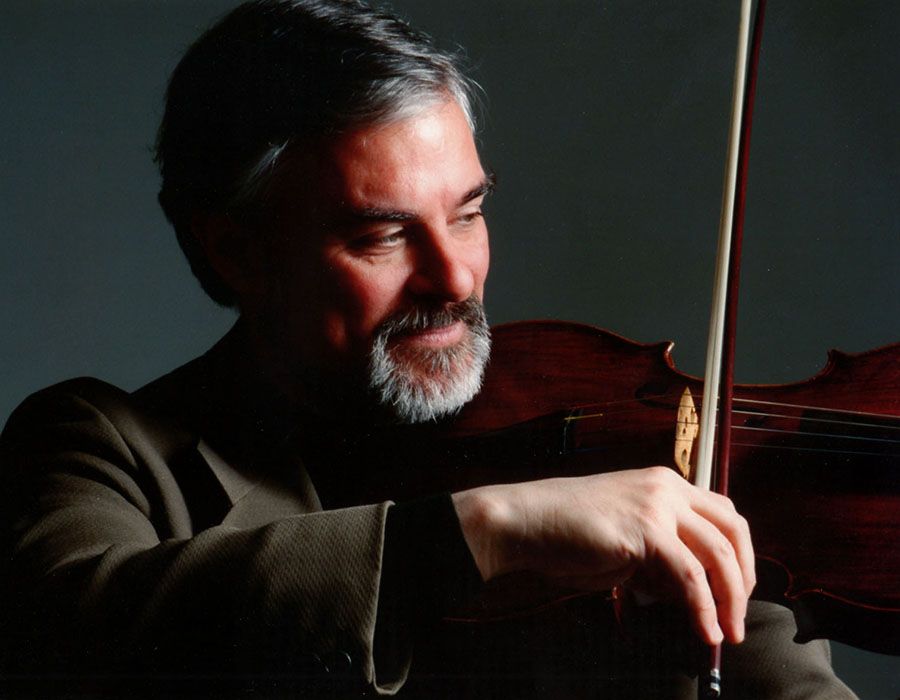 Daniel Avshalomov is the violist of the American String Quartet, now enjoying its fifth decade of international acclaim. Recently hailed by Strad magazine as “one of the finest occupants of that chair, both instrumentally and musically, of any quartet now active,” Mr. Avshalomov finds time each season for concerto appearances, recitals, and collaborative concerts, and returns as a featured performer to festivals across the country.

He has appeared with the Juilliard, Guarneri, and Tokyo quartets as well as collaborating with Norbert Brainin, Bruno Giuranna, Frederica von Stade, Claude Frank, PDQ Bach, and Steve Martin, among others.

His articles appear in Notes and Strings, and he has edited several viola works for publication and contributed to ASTA’s “Playing and Teaching the Viola.” A selection of his program notes, Thoughts on Laps, appeared last season. The subject of two articles in Strad and one in Classical Pulse, Mr. Avshalomov developed “Inside Passages,” first presented to the New York Viola Society in 2000. He gave the world premiere of Giampaolo Bracali’s Concerto per Viola; the American premiere of Alessandro Rolla’s Esercizio 3; and recorded the CD “Three Generations Avshalomov” with pianists Robert McDonald and Pamela Pyle, which was featured on NPR’s “All Things Considered.” He has been on the faculties of the Manhattan School of Music since 1984 and of the Aspen School since 1976.

LA MUSICA DI ASOLO, INC., REGISTRATION #CH6585, IS REGISTERED WITH THE STATE UNDER THE SOLICITATION OF CONTRIBUTIONS ACT. A COPY OF THE OFFICIAL REGISTRATION AND FINANCIAL INFORMATION MAY BE OBTAINED FROM THE DIVISION OF CONSUMER SERVICES BY CALLING TOLL-FREE (800- 435-7352) WITHIN THE STATE OR THROUGH WWW.FLORIDACONSUMERHELP.COM. REGISTRATION DOES NOT IMPLY ENDORSEMENT, APPROVAL, OR RECOMMENDATION BY THE STATE.
WEBSITE DESIGN BY*

!
COVID-19 Notice
La Musica performs in the Sarasota Opera House and will adhere to their health and safety protocols which are based on guidance by the CDC and the initiative of #SafeArtsSarasota. Click here to read the policies in place to keep audiences safe.